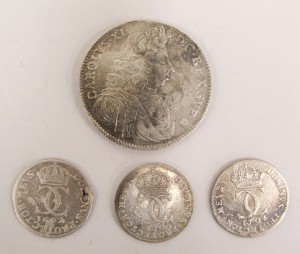 The coin collection includes stray finds and donations as well as museum objects that have been registered together with treasure troves and hoards. The museum has mainly collected coins that have been used on the territory of Estonia/Saaremaa during different time periods (Baltica, Russia and the Soviet Union, Germany, Sweden). In addition, the collection also includes single coins that have been donated to the museum by the people of Saaremaa who have brought these along with them from different countries. More than three fourths of the coins in the numismatic collection come from the hoards found from Lõpi, Tõrise and Kuke villages.

The most interesting sub-collections: 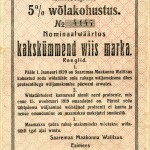 The collection has been assembled mostly with the help of donations and consists mainly of banknotes that have been used in Saaremaa/Estonia. The biggest sub-collections consist of banknotes from different occupation periods when Estonia was occupied by the Russian Empire, the Soviet Union and Germany. Rare objects include two exemplars of so-called Neps’ money, which is actually a 5% promissory note of Saaremaa County Government.