This collection is divided into six sub-collections. 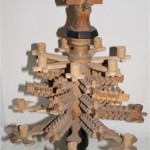 It includes very different ethnographical and historical objects. A considerable amount of these are related to farm life and have been collected from all Saaremaa parishes. The biggest groups of objects are dishes meant for preparing and preserving food, tools used in animal keeping and farming and various tools used in handicraft. Collection objects represent almost all the important areas of life in Saaremaa. Here one can find museum objects that are associated with pivotal historical events or have belonged to famous people from Saaremaa, such as Aadu Hint, August Mälk, Gustav Ränk, Johannes and Joosep Aavik, etc.

There are also some objects that reflect the activities of some Saaremaa institutions and organization, such as objects from the Aste workshop of Tallinn’s Jewel Factory, Saaremaa Meat and Dairy Factory, schools, Soviet military bases, etc.

In terms of types of objects, the biggest sub-collections are those of various bottles, seals and stamps and radio engineering. The oldest dated exhibits of the collection include a wax seal of a guild of saddle and belt makers from 1701 and a powder horn made of an ox horn from 1708. One of the oldest horse-drawn water wagons in Estonia is from Kuressaare from the 1830s. 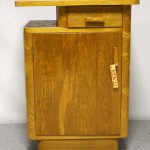 Nearly half of the collection is made up of chairs, armchairs, sofas and benches. The collection includes both the products made over here, such as garden chairs made in Kärla and products of Kuressaare Industrial School, as well as important examples from the history of furniture, such as Vienna chairs and Luther’s chairs, etc.

Furniture that has belonged to institutions and to famous people of Saaremaa is of great value to the museum, just like furniture from city apartments and furniture made by peasants. The most remarkable pieces include chairs that were made for Kuressaare Castle in 1910 on the order of Saaremaa Knighthood and furniture that belonged to Johannes and Joosep Aavik, the Kingisepp family, Alma Klauren, etc. Some of the furniture also comes from Kuressaare courthouse, Haagi former house of prayer, etc.

The most majestic objects of the collection are baroque chairs from Kuressaare Town Hall from the beginning of the 18th century. 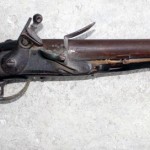 A great number of firearms and cold weapons are from the so-called old collections of the museum. A big part of these have come the museum from the arsenal of the Estonian Defence Forces during the change of a year in 1929/1930. The weapon collection has grown thanks to many private persons; however, some of the weapons have also been received from the Department of Internal Affairs of the Regional Executive Committee, Saare Police Prefecture, etc. 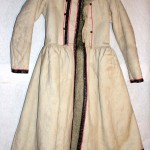 The collection includes the following things:

The majority of the textile collection is made up of women’s clothing. There are relatively few men and children’s clothes. 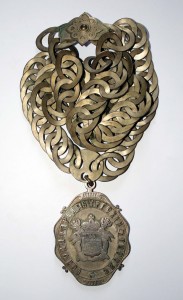 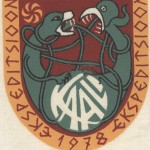