The archive is divided into four sub-collections. 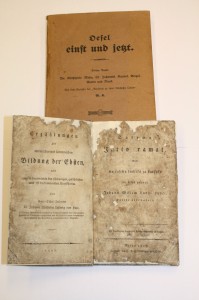 The collection contains the following books:

The library also includes personal collections of some famous people of Saaremaa, such as Joosep Aavik, Karl Palk, Aira Kaal, etc. Books containing autographs of people who have played an important role in the history and culture of Saaremaa and publications that have belonged to institutions and organizations that have operated in Saaremaa and include their stamps are very valuable as well. The oldest publication is a catechism written by Johann Spangenberg, a contemporary of Martin Luther, which was printed in Magdeburg in 1562. The catechism used to belong to Kuressaare Congregation of St Lawrence. 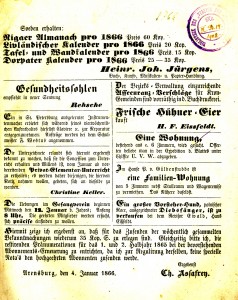 The collection includes the following periodicals: 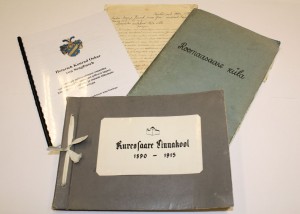 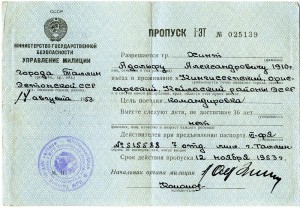 The collection includes very different documents that describe the everyday life of the people of Saaremaa and their spheres of activity as well as historical events. In terms of topics, more documents deal with agriculture, education and theatre. Of personal collections, the most noteworthy ones are those of Aira Kaal, Alma Klauren, Gustav Ränk, Joosep Aavik, etc. The diverse heritage of Johannes Aavik is especially remarkable. It includes handwritten linguistic materials, correspondences and documents that describe everyday living conditions.

In addition to this, the document collection also contains a few geographical maps and tourist maps, stamps, bookplates, labels and small publications.

The oldest document in the collection is a letter of freedom from 1532 that was given to a peasant called Hanseke from Koguva village by Wolter von Plettenberg, Master of the Livonian Order.