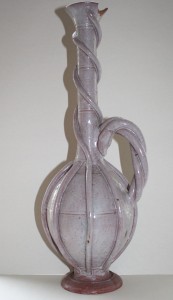 One of the main aims of the Research Society of Saaremaa (the Saaremaa Uurimise Selts [SUS]; Verein zur Kunde Oesels), which was established by Baltic Germans in 1865, was to create their own museum.

The first exhibits were collected already by 1866:  minerals, coins and various antiquities – altogether 32 objects. During its first years of operation the museum collected mainly antiquities, objects related to natural history, exotic objects brought along from trips to faraway lands, etc. The interest in documents, ethnographic objects, etc. was sparked only later.

In 1919 a Board of Trustees was established for organizing the work of the museum and two years later the museum was already completely under the management of the County Government. Things were reorganized without preparing any documents that would indicate the size of the museum collections, their state, etc. No lists of transferred/received exhibits were compiled either. Furthermore, no lists of collections had survived half the century that the SUS had operated for.

Due to the lack of suitable personnel, almost no collecting was done during the 1920s and 1930s.

The only earlier summarizing document that includes any information about the collections is an act from 30 January 1935 that was prepared when the provisional County Government of Saaremaa handed over the object collections of Saaremaa Museum to Kuressaare City Government. Unfortunately, the lists of museum objects that are included in the act are superficial and have been compiled by incompetent people. 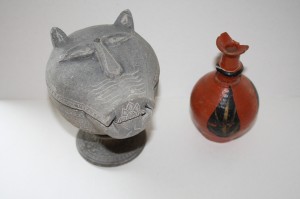 e collections were once again badly damaged during World War II when the castle was at the hands of an army.

In November of 1949 the first entry was made into the object registry of the reopened museum and with that the museum began to register preserved assets. The so-called older collections, which include museum objects that were received before World War II (unfortunately without any data for the reasons mentioned above), were entered into the registry by 1951. At the same time more and more museum objects were being added to the collection with each passing year.

The main collection itself is further divided into nine collections.