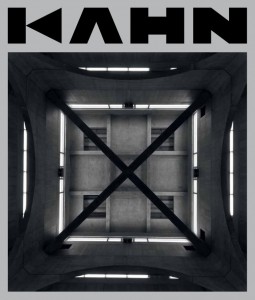 at 15.00 at Kuressaare Castle will be opened an exhibition dedicated to one of the most influential architects of the 20th century Louis Kahn.

The exhibition “KAHN. The Islander” is based on the research of art historian Heie Treier and photographer Arne Maasik that questioned the connection between the architecture of Louis Kahn and the medieval architecture of Saaremaa.
The exhibition presents the results of visual research that has lasted for almost ten years.

Louis Kahn (1901-1974) is considered as one of the greatest architects of the 20th century, who has also a direct link with Estonia. Kahn lived in Kuressaare until he was five years old and visited his home island again in 1928, when he was a young architect.

Louis Kahn Estonia Foundation, art historian Heie Treier and the Estonia’s most recognized architectural photographer Arne Maasik have looked for amazing similarities between the architecture of Louis Kahn and the church and castle architecture in Saaremaa (Kuressaare’s Castle).

In February 2016, with the help of Cultural Endowment of Estonia, Arne Maasik visited various Louis Kahn’s symbolic buildings in the US. His photos made of these buildings are the first visual evident to the Estonian audience that Louis Kahn’s creation is connected with Saaremaa and are the basis for the exhibition “KAHN. The Islander”.

The exhibition’s curator Heie Treier will discourse upon a thematic presentation during the “KAHN. The Islander” exhibition’s opening, on Friday, 11th of March at 15.00.

View all posts by: Jürje Koert